Here’s your chance to sneak backstage to share a brew & discover exactly what your favourite rock stars are like behind their personas. 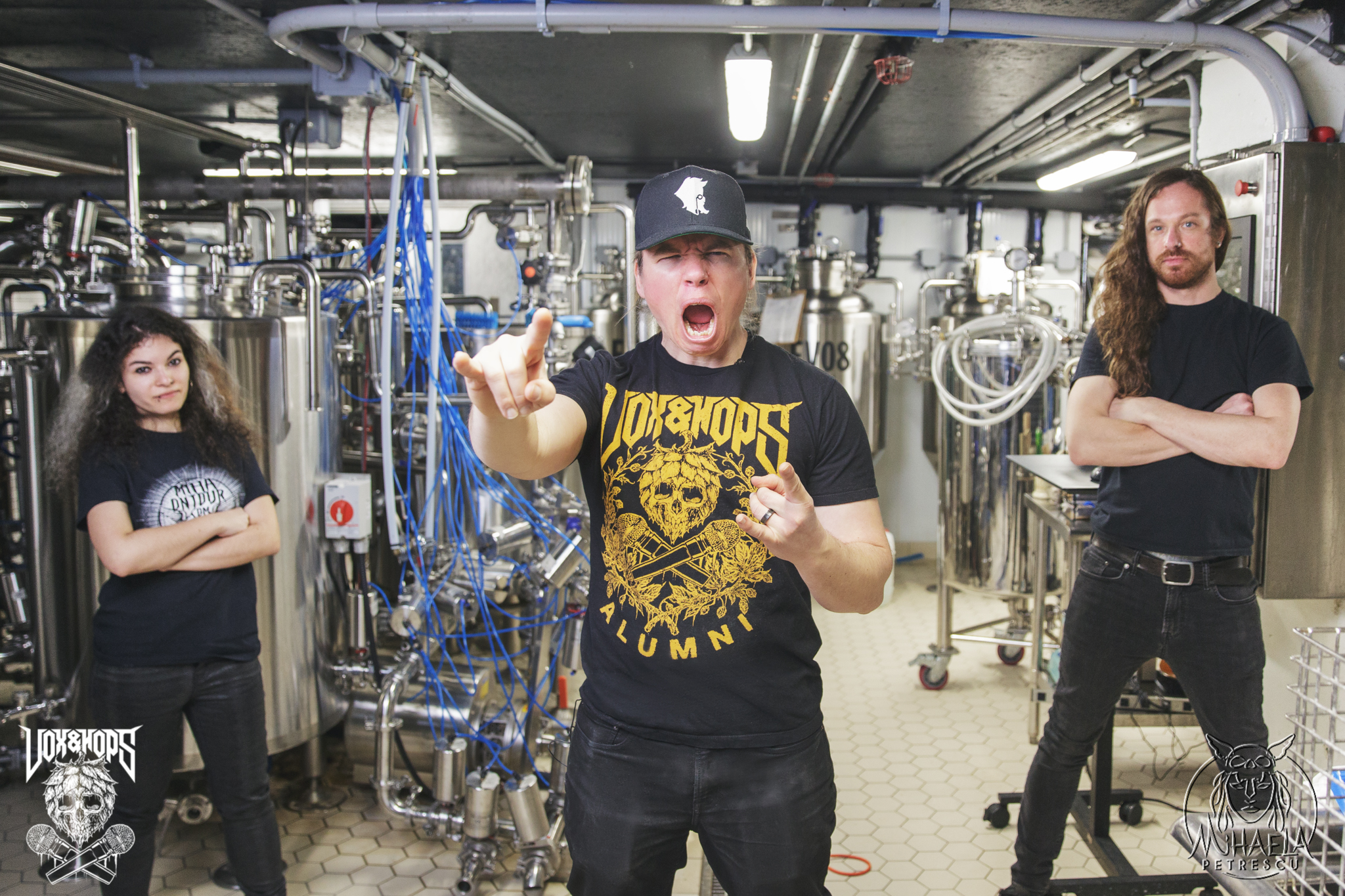 Chris Kells, Vox&Hops Creative Director of Video Content.
Chris is a Canadian video director, film editor & musician based in Montréal, Québec. In 2014, Chris began filming music videos for his own band, The Agonist. Since then he has worked on videos for bands including: Epica, Cryptopsy, Despised Icon & Beneath the Massacre, among others.  Over the years, Chris has expanded his filmmaking portfolio to include work on lyric videos, promotional content & corporate videos to help artists, companies & brands bring their creative visions to life.  Through his creative direction & numerous collaborations with artists, businesses & brands… Chris is proving to be one of the most versatile & forward-thinking minds in the world of film.

Mihaela Petrescu, Vox&Hops Photographer.
Mihaela is a photographer & a photo retoucher based in Montreal, Quebec. She began her photography career in 2010 shooting for web-based magazines. In 2014, Voir & Decibel Magazine needed her expertise which led her to be hired by international acts such as Busty and the Bass , Veil of Maya Official , The Agonist, Cryptopsy, Despised Icon and Exhorder.  Her hard work made her a recognized figure in the concert photography field. She began doing professional photoshoots with artists in 2013 & has been hired by labels, promoters, PR & international bands.  Promoter Extensive Enterprise  placed their trust in her to photograph their events which routinely included world-class artists. Her passion for her work also led her to travel to Wacken Open Air in 2014 (as a photographer for the winners of Wacken Metal Battle Canada) & become an official photographer for the renowned metal cruise 70 000 Tons in 2020.  With a decade of live music & artist photography behind her, Mihaela is not afraid of any challenge you throw her away.