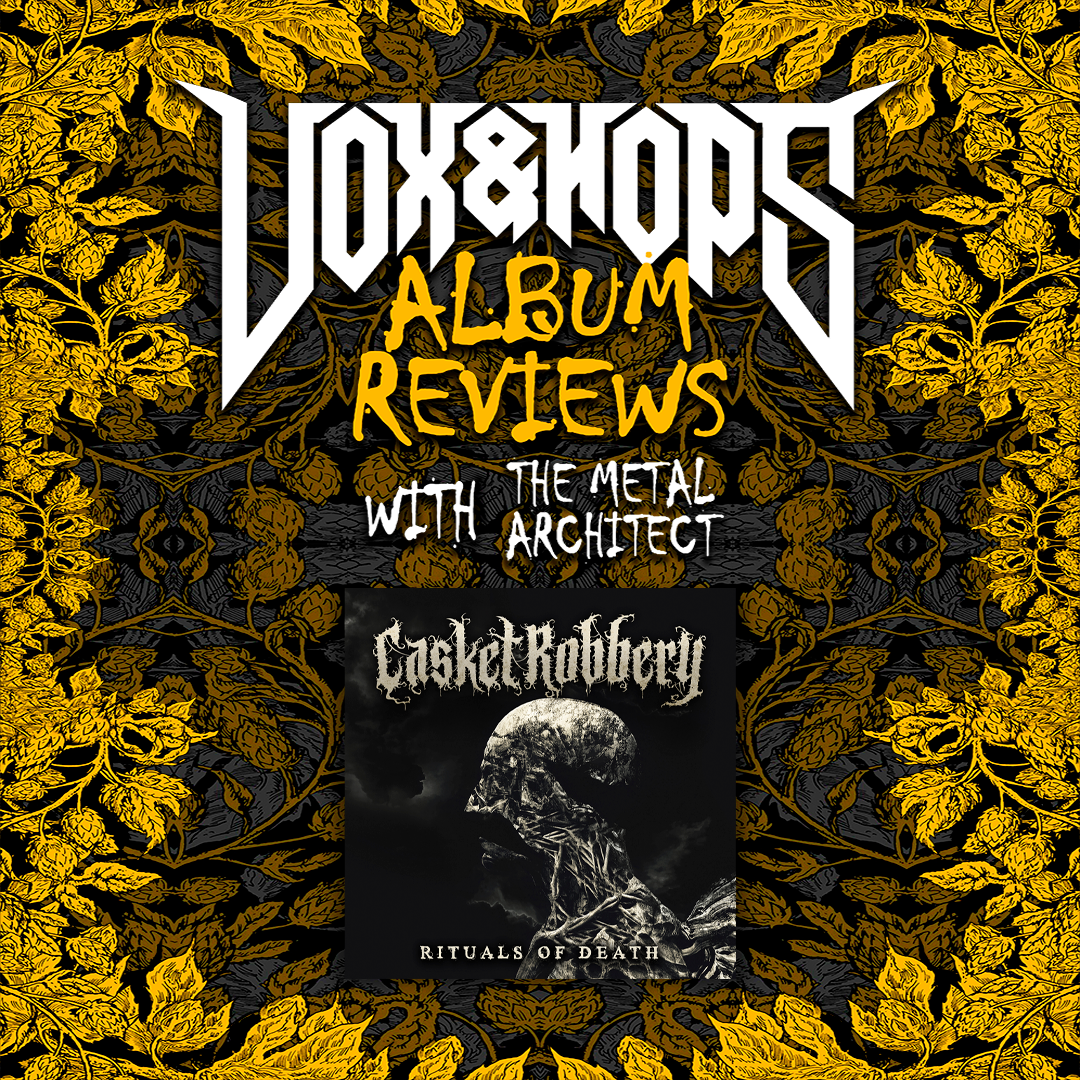 Metal Architect here with a review for the new Casket Robbery album named Rituals of Death. I first found out about this band via Vox&Hops when Matt asked me to add their single “From Hell” to kick off the very first Brewtal Awakenings playlist way back in December of 2020. I remember being totally taken aback at the ferocity the band threw out and eagerly anticipated more new stuff from them. Rituals of Death is their second full length album to date and it is definitely a step forward for them. First track up is “Worm Food” and it kicks you in the teeth from the very start. With blast beats flying and front woman Megan barking in your ear, the rest of the band bludgeons you with some sick, groovy riffs. A perfect opening track to set the tone for the rest of the album. “Don’t Forget the Eyes” opens up sounding like a Cryptopsy song with some killer groovy, technical guitar and bass work over some blast beats before leaping back into the mid-paced death metal we heard on the opener that will have you headbanging along. The track also features a guest vocal spot by The Convalescence’s Keith Wampler. A really cool addition with the contrast of vocals by the two. “Death’s Dance” keeps the party going and at one point in the song I can envision some two stepping going on in the pit before going back to being bludgeoned by the band. “Post Mortem” is the shortest track of the lot (most clock in around 3 minutes) and it brings a beatdown/slam vibe early on with super downtuned guitars and cadence like vocals before exploding into a momentarily dizzying guitar solo before going back to the slower, chuggier speed that opened the song. “Beautiful Death” kicks off with an eerie, winding riff overtop some blast beats before we are met with a blood curdling scream. It totally caught me off guard when I had my headphones up to loud and made me jump. The track features a guest spot by Mary Zimmer of VoiceHacks and it sounds like two demons fighting over the mic while that main riff swirls around you, pulling you in to watch the two battle. We then get a nasty blegh before an absolutely ripping guitar solo starts. Most of the tracks feature some soloing but this one was probably my favorite. The guitar work throughout the entire album is stellar. Top notch stuff from Cory and Troy. “Bone Mother” is my favorite track on the album. It brings back the slower, chuggier style we saw on “Post Mortem” but keeps it super rhythmic. I was banging my head each time this track came on. The drummer Erik was killer on this one, as he is on the whole album, keeping the track on time and inserting amazing fills throughout. Lead single “The Hidden…The Hideous” brings back the eerie, horror theme with creepy, spoken word vocals by Megan sprinkled in the early part of the track with some cool horror movie instrumentals overtop to bring the spooky vibe to 11. The band then brings back the bludgeoning death metal to snap you back into reality. I really dig the breakdown in this track as well. It just comes out of nowhere like a sledgehammer and pounds you into submission before the band finishes you off for good. “Old Ones” and “Reanimate” continue the onslaught of death metal before wrapping up with the final track “Return to the Sky”. The track comes straight out of the gate with pulsating blast beats and frentic riffing as Megan bellows and barks in your face. The listener is left with no room to breathe on this track as the band suffocates you from every direction with the breakneck speed of this track. A perfect way to end a brutal album! So if you are in the mood for some spooky and face pummeling death metal this coming Friday, throw on this killer new album and headbang away! 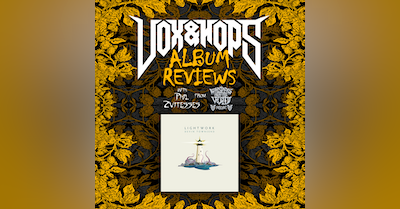 "Calm but epic, Lightwork is excellent and got a great use of symphonies and orchestration, with an incredible production!" - 2 Vitesses of the Whispers…