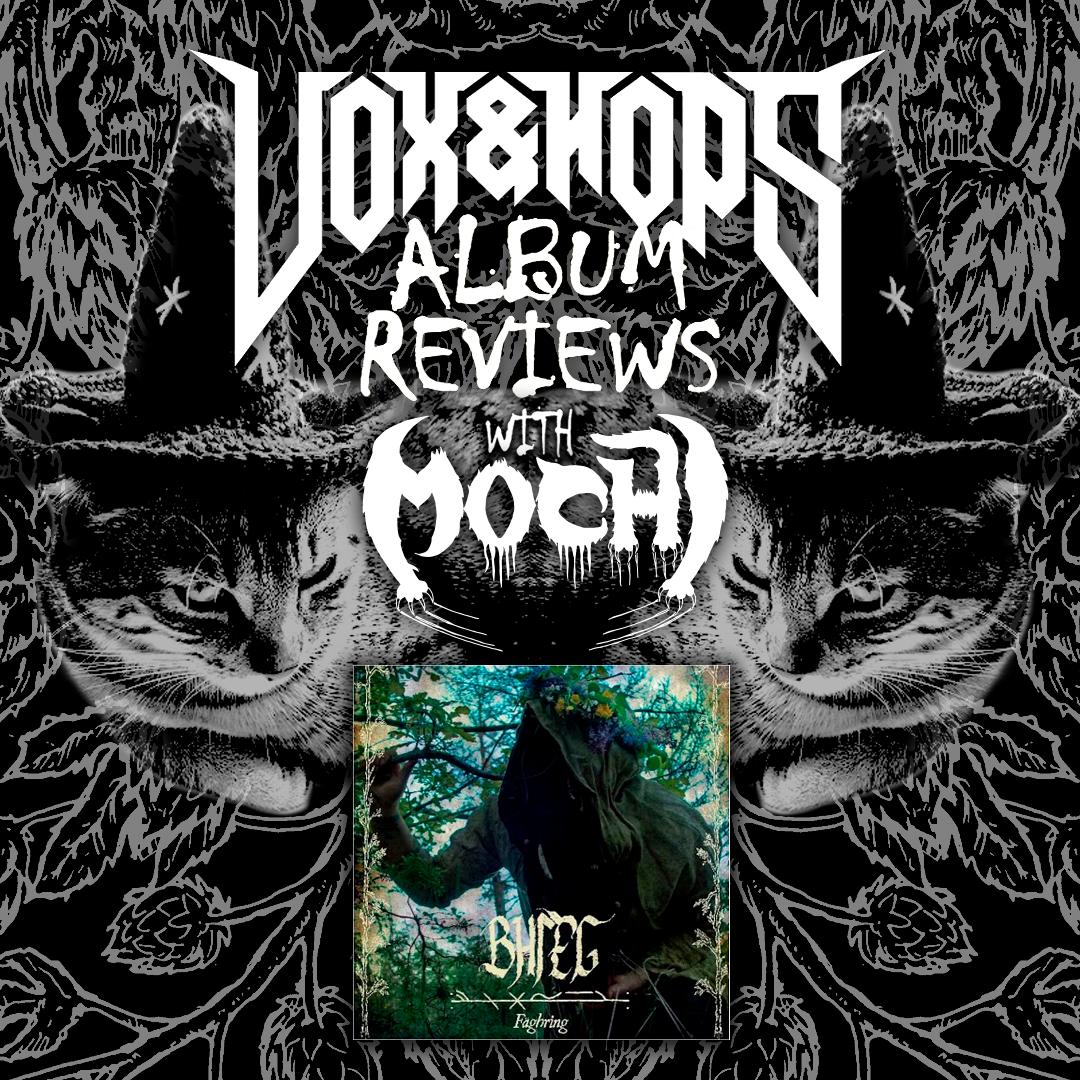 Stalking the woods, master of your domain, striding along paths worn in the undergrowth by your ancestors, hunting the mighty beasts of the primordial forests. These are all things that I would be doing if the bald idiot human called Jimbo would let me out of the house. But they’re also images conjured up by the outrageously good new Bhleg album, Fäghring. Bhleg formed in 2013, and while their entire output has been really solid, this new full-length is an outstanding release. This album is the final part of the four-album Ár tetralogy, with each album having been recorded during, and representing, a different season – Solarmegin for summer, Äril for autumn, Ödhin for winter and Fäghring for spring. Listening to the releases with this in mind makes for an interesting stylistic comparison. Whereas Äril is quite stark and bleak, and Ödhin downright icy, Fäghring is quite a beautiful album. The album really does inspire images of rejuvenation, rebirth and vitality. Bhleg stand out not only through excellent song writing buy also an ability to create a primal atmosphere, an authentic feeling of the melodies somehow being ancient.

Fäghring makes great use of overlaying chanting vocals with excellent black metal snarling. The album production is relatively clear for a black metal release, although the drums are very much in the background. The focus is really on the vocals, melodic tremolo riffing and folk instrumentation. The use of traditional drums and other instruments adds to the album’s atmosphere, reminding me at times of Nechochwen, with whom Bhleg recently put out a split release. These ancient instruments stir up primal forces, even in extremely handsome housebound cats, and your mind wanders, pondering how easy it would be to kill and eat your humans, assuming your rightful place at the top of the food chain. But of course you can’t murder the humans, because without thumbs, how are you going to open a bag of treats? But I digress...

The tracks are mainly in the epic black metal vein, drifting in and out of gentler folky passages, and some beautiful shorter tracks like Solvigd and Fagna Sumrí. The intro track is one of those rare instances in which having a standalone intro track actually enhances the album. The transition from the intro into the album’s first (and best) song, Grönskande Gryning, is great, ranking up there with the phenomenal opening to the classic Summoning album, Dol Guldur. The intro to Fäghring sets you up with a mid-tempo beat and some nice lead riffing, some clean vocal chanting, and then, with a horn blast and a drum fill, Grönskande Gryning just blows you away. Such a strong start to an album, and sets the tone for what’s to come.

Finally, I have to mention what is obviously and without question the best aspect of the album, which is that it is FULL of bird sounds. Truly an album for cats and humans alike. Also, based on the cover art, I’m renaming the album ‘Springtime for Nazghuls”. But seriously, this album is one of the trve black metal standouts of 2022 and is not to be missed.
- MOCHI
Reviews