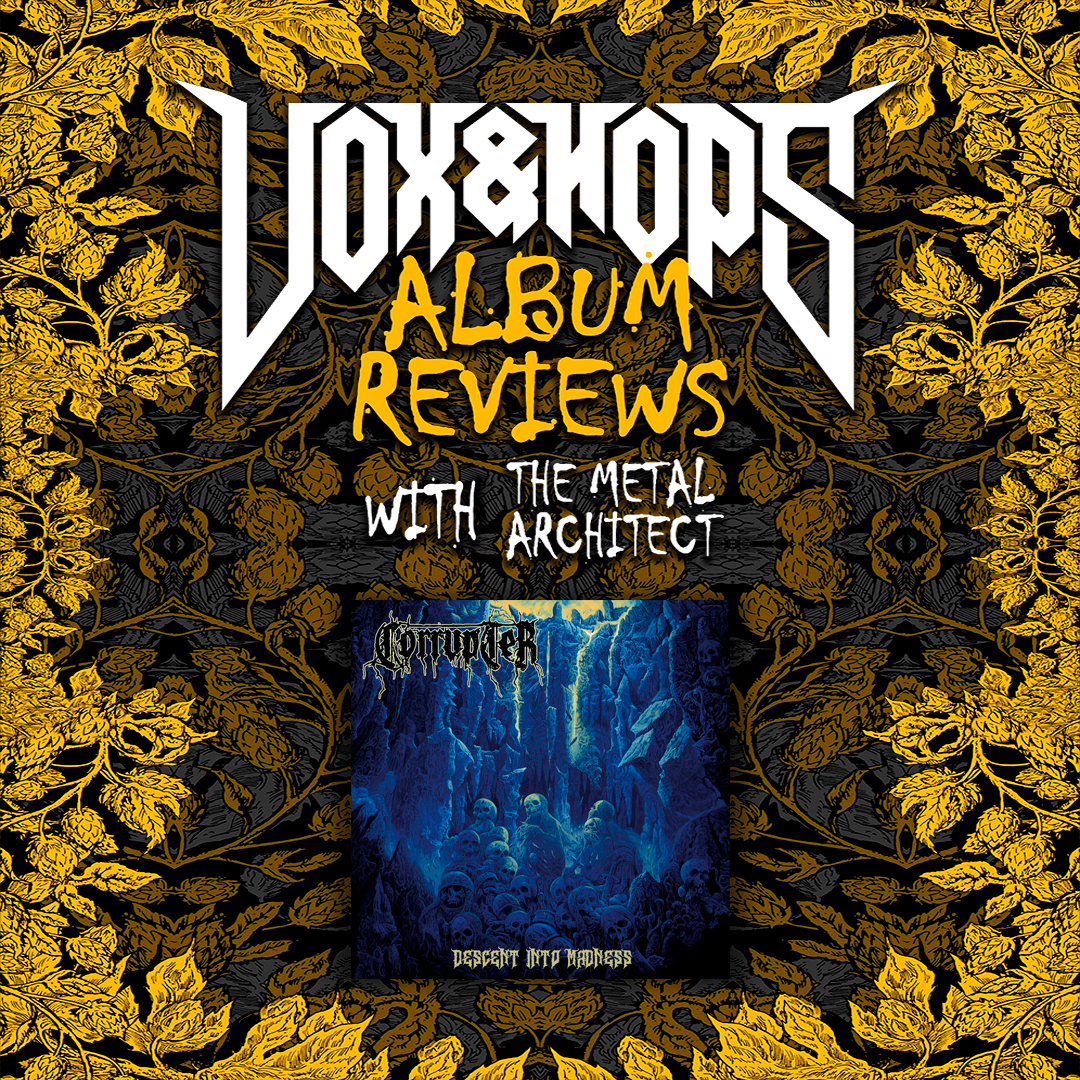 It seems like every year a release comes out of nowhere and absolutely blows my mind. So far this year it is from a band in France by the name of Corrupter. Very little is known about this band other than that the two gentlemen have a grind band by the name of Morgue. While Corrupter is not a grind band, the style of blackened death metal they play is full of tasty riffs, pummeling drums and ominous atmosphere. Lead single “Darkest Light” pulls you into the chaos with a simple riff to start off with until the riffs start to swirl around, picking up speed through the song until it crashes down into a breakdown that had me headbanging along until it fades back into the mist. “Into the Hearse” grabs the listener by the throat and slams the door of said hearse shut. The duo drives you through hell and back buzzing guitar riffs and galloping drums. After a little breather in the middle of the track, the track takes a more black metal tone with some war style drumming and razor sharp riffs before swinging back to the death metal side to close the track. Let’s touch on the vocals for a moment. They are perfect for this album. The style employed here are the ones that sound like they are coming from deep inside a cave, the reverb acting like an echo of the cave walls. They add a nice touch to the overall atmosphere of the album. “Horror and Aftermath” is another wonderful track on this disgustingly beautiful album. While it is the shortest track on the album, it pulls no punches. Right from the start with the rhythmic drumming entraps the listener and pulls them into the void. The pace of the track increases in speed with the excellent riffing swirling around with the bellowing vocals coming from the depths. A quick breath in the middle of the track until the onslaught comes back heavier and more vicious until the end of the track. Remember that hearse from a while back? Well it is finally dropping us off on the track “Home for the Dead”. A little feedback to start us off until the blackened death kicks in at full force again, gradually building through the track until the swings into a more death doom style to close it out. To round out the album is the title track and it is the perfect ending to this album with more of that beautiful blackened death that oozes from every crack and crevice. What really made it for me was the last few lyrics before the track fades. From underneath the dizzying riffs and blast beats, the vocalist reminds you that “Nobody is there, nobody cares”. That sent a chill down my spine and made me replay it a few times. I am not sure if this is going to be a continuous project from this duo or not but what an amazing first release from them. I am hoping they do continue this project because it is top quality stuff and there are very few flaws in it. Go over to their Bandcamp and give them a listen!