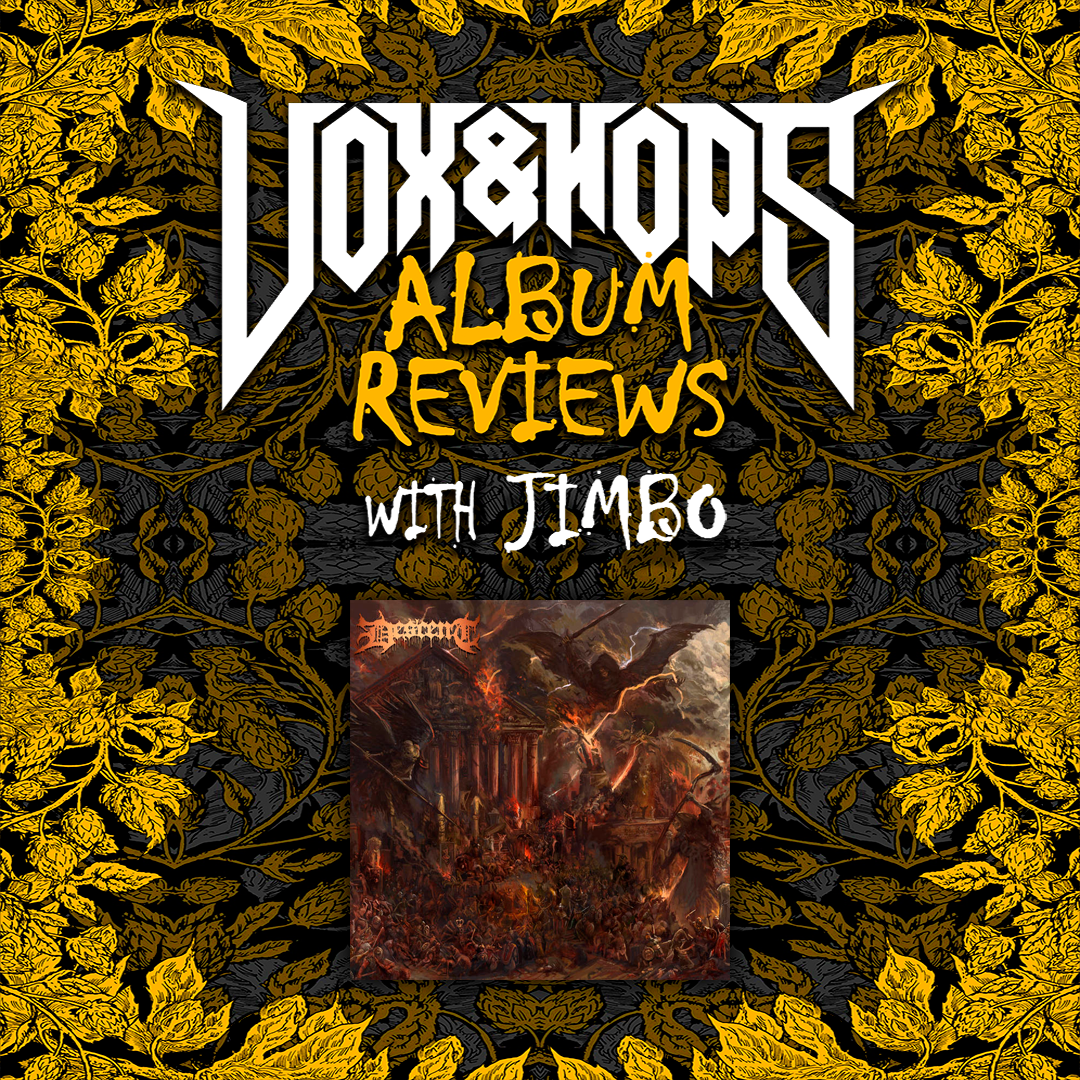 As an Australian living overseas, it’s hard keeping up with the scene back home. Somehow I came across Descent last year, prior to the release of their new album ‘Order of Chaos’, though I can’t remember who put me onto them (it may well have been the Metal Architect himself, Jerry Monk). Fast forward a month and I mention Descent to one of my Aussie friends and he responds with “oh, fuck, yeah, those dudes rule”. And indeed they do! Order of Chaos is the second album from Brisbane five-piece Descent, and presents a blend of buzzsaw death metal, hardcore, grindcore, and even occasional black metal on tracks like Filth and Despotic. At 29 minutes, it’s a lean, well-structured album. Every song is worthy of its place on the tracklist, with no weak moments and certainly no space to breathe, because this album is fucking FULL ON. Tracks shift from deathgrind blasting to lurching hardcore breakdowns reminiscent to towering, neck-breaking OSDM riffs. You could try not headbanging to this album, but you would fail. The dual vocals are.... wait, do they have one or two people doing vocals? Anyway, the vocals are a combination of one voice screaming and another more gutteral roar, and the two play against each other really nicely. Also excellent is the interplay between the two guitars, who harmonize really well together. I’m not a musician, so do I even know what harmonize means? We may never know for sure. But let me now distract you from questioning whether I am full of shit to discuss how great the drumming is on this album. To use a powerfully Australian phrase, you can tell that Kingsley Sugden had his fucking Weetbix before recording this, because the drumming is great, effortlessly shifting styles and tempos. The opening to Despotic? Outstanding. And of course, the album sounds fantastic, with great work from all involved in the production, including guitarist Brendan Auld and the legendary Kurt Ballou. The album is suffocating, blistering, and intense. Like being trapped in a box full of wasps, and also it turns out that the box is on fire. Just a perfect expression of anger through made the most majestic of art forms – death metal.