Album Review - Hath "All That Was Promised" 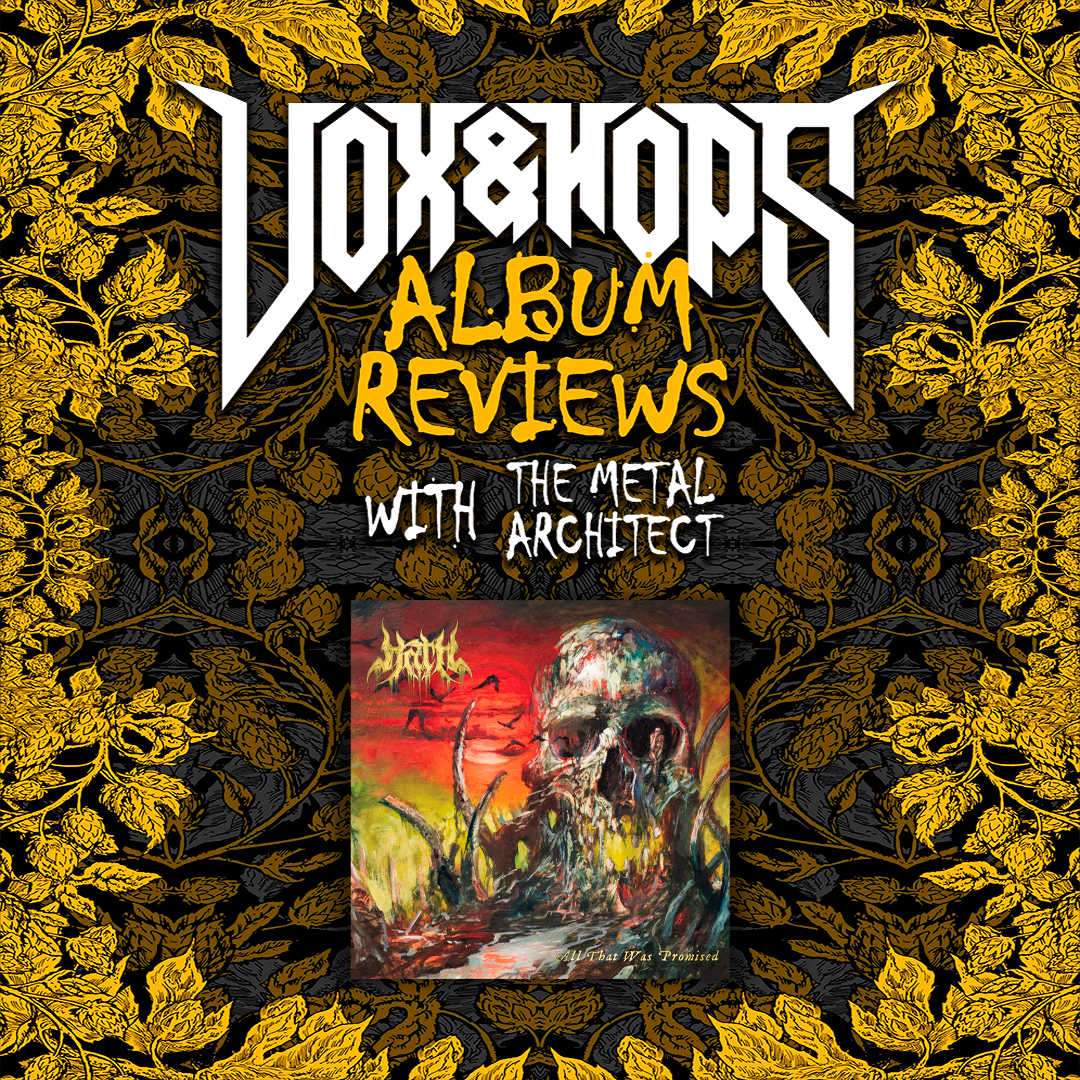 When it was announced that Hath was set to release their sophomore album this year, I was ripe with anticipation. Their debut full-length Of Rot and Ruin was my 2019 album of the year and was also the album that has lead me to being able to do these reviews with the Vox&Hops podcast. I remember hearing it for the first time and being absolutely blown away but not only the sheer ferocity of it, but the incredible musicianship by the band. All That Was Promised is the first release where all four members have been able to write music together in the same room as a group, and you can hear it in the final product. It is tight, polished and for sure their most ambitious released to date. Opening track The Million Violations is a prime example of the previous sentence. The song opens slowly with a single guitar, then drums then finally the band coming into one with a big Ulcerate type atmosphere, full of darkness and oppressive weight. In my mind, I had a picture of a storm, with lightning dancing through the sky at a fast rate of speed, waiting to roll upon me and swallow me up into its chaos. Kenosis, which was the first single, comes out with galloping double bass and frantic blast beats from AJ the drummer (who also did the mixing and engineering of the album) and sexy riffs from Pete, Frank and Greg that pummel the listener. The harmonizing vocals from Frank and Greg are one of my favorite things that Hath does and it fit just perfectly in this song right before a ripping solo by Pete. The pummeling gets turned up even more on Lithopaedic, which to me is the heaviest song this group has ever wrote. Throats singing opens the track until Frank lets out a uhhhhh as the music turns even bleaker then Kenosis. This track just oozes blackened death metal all over. Big chugging riffs, blast beats and demonic vocals are all present and the music increases in speed throughout until a massive breakdown drops the hammer and closes the song on an extremely heavy note. The blegh let out to start the breakdown is the cherry on top. Iosis is another ripper of a track from start to end, continuing the onslaught upon the listener. Decollation comes out swinging with lightning quick blast beats (the drumming on this album is out of this world good) and razor sharp black metal riffing. The harmonizing vocals come back in this track, to add that extra bit of depth to the track. About four minutes in there is a break in the action that gives the listener a breather before slowly building back until all hell breaks loose with a high, piercing scream and more of that sexy blackened death. Death Complex is vintage Hath but distilled and concentrated into a more refined product. It sounds like something directly off Of Rot and Ruin, but with more atmosphere and maturity. This is probably one of my favorite tracks because it shows how far this band has come in the past few years, honing their craft and becoming super cohesive. An instrumental opening to Casting of the Self gives the listener hope for some lighter fare until the band does an about face and launches back into their signature sound and casting a dark shadow upon the listener. The title track starts out instrumentally as well and goes back into a much darker direction but a more mid-tempo, with intertwining riffing throughout the track that dance along the listener’s ears. Name Them Yet Build No Monument comes back with more speed than the past few tracks, with those razor sharp riffs full of dissonance and AJ blasting away on the kit until about halfway through when they slow things a bit until they slowly fade out to finish the album. I could go on for days on how good this album is and still wouldn’t do it justice. Each time I listened, I kept finding new little things that I did not hear on the previous listen. These four gentleman have just made a statement to the death metal scene that they are here to stay and that will be an absolute force to be reckoned with. I cannot wait to see what the future holds for them but I know for sure it is most definitely bright for them.