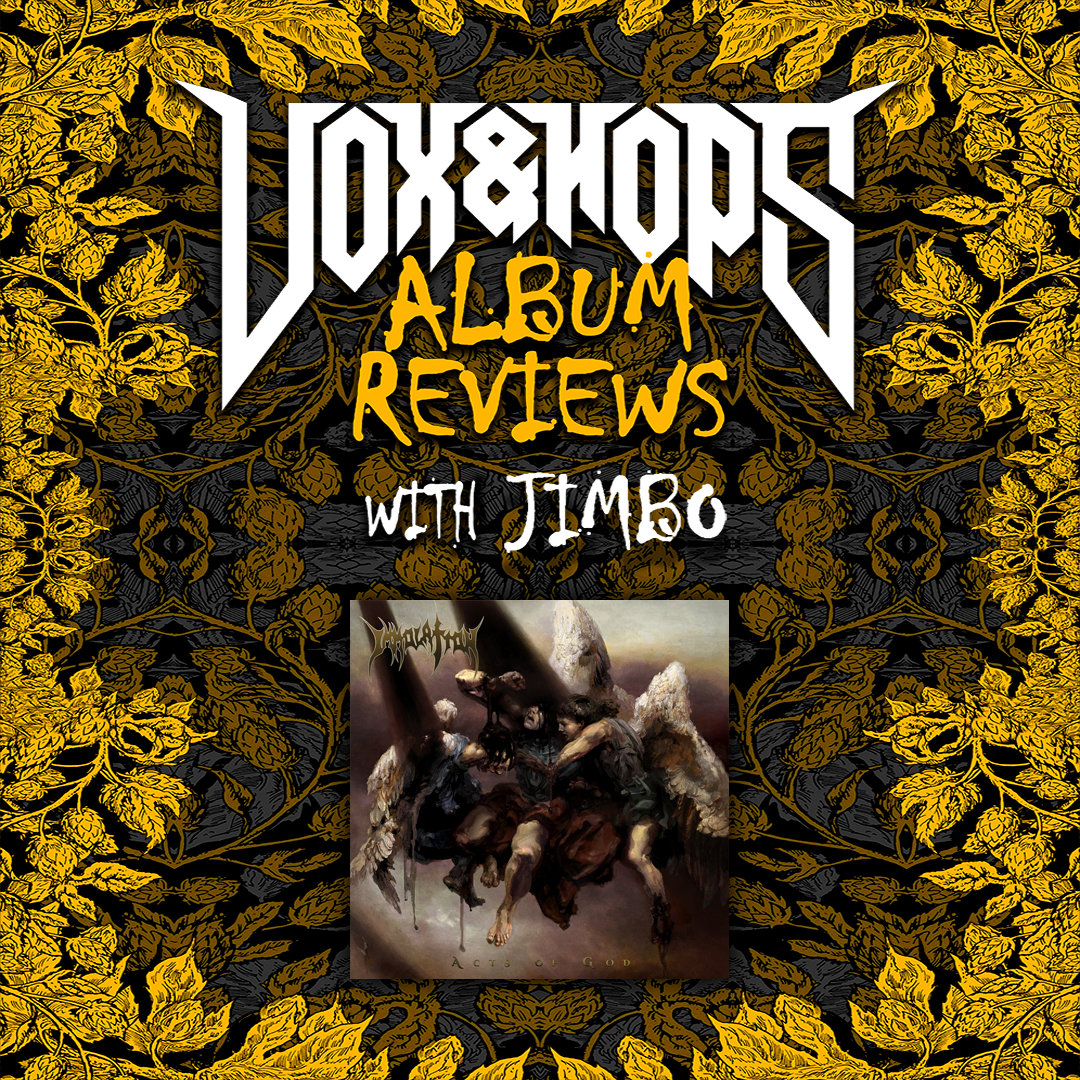 Since 1988, Immolation have been leaders in the global death metal scene for their brutality as well as their innovative technical wizardry. 34 years later, Immolation deliver possibly their best album to date in Acts of God. In many ways, this album is what we’ve come to expect from Immolation – Ross Dolan’s furious, clear vocals (and great hair), Bob Vigna’s searing riffs and solos, great guitar work from Alex Bouks, and an overall sonic pummeling as you’re tossed in the crashing waves of New York death metal. What stands out most strikingly to me are the fantastic production on this release and Steve Shalaty’s drumming. Shalaty has always been brilliant, but he just gets better and better these days with his thunderous, dynamic performances, especially on tracks like Derelict of Spirit and Apostle. For people unfamiliar with the band, the album is surprisingly accessible in spite of how dense and dynamic the songs are, which is no doubt helped by the awesome production. Acts of God is admittedly a long album, and the band’s first to clock in at over 50 minutes, and 13 death metal songs can be a lot to digest. The constant tempo changes among the swirling riffs keep the lengthy album engaging, though, and even tracks that are mostly flat-out brutality like Overtures of the Wicked and An Act of God keep switching things up, and many tracks incorporate Immolation’s unique breakdowns. If Suffocation breakdowns are like a sledgehammer, Immolation’s are more like a bulldozer, driving forward and crushing all the way. It’s a delicate balance with an album this long, because such intense music can be exhausting, but I think Immolation just manage to get away with it. This album is a perfect blend of brutality and technical ecstasy, another wonderful release from one of death metal’s most brilliant and unique bands.