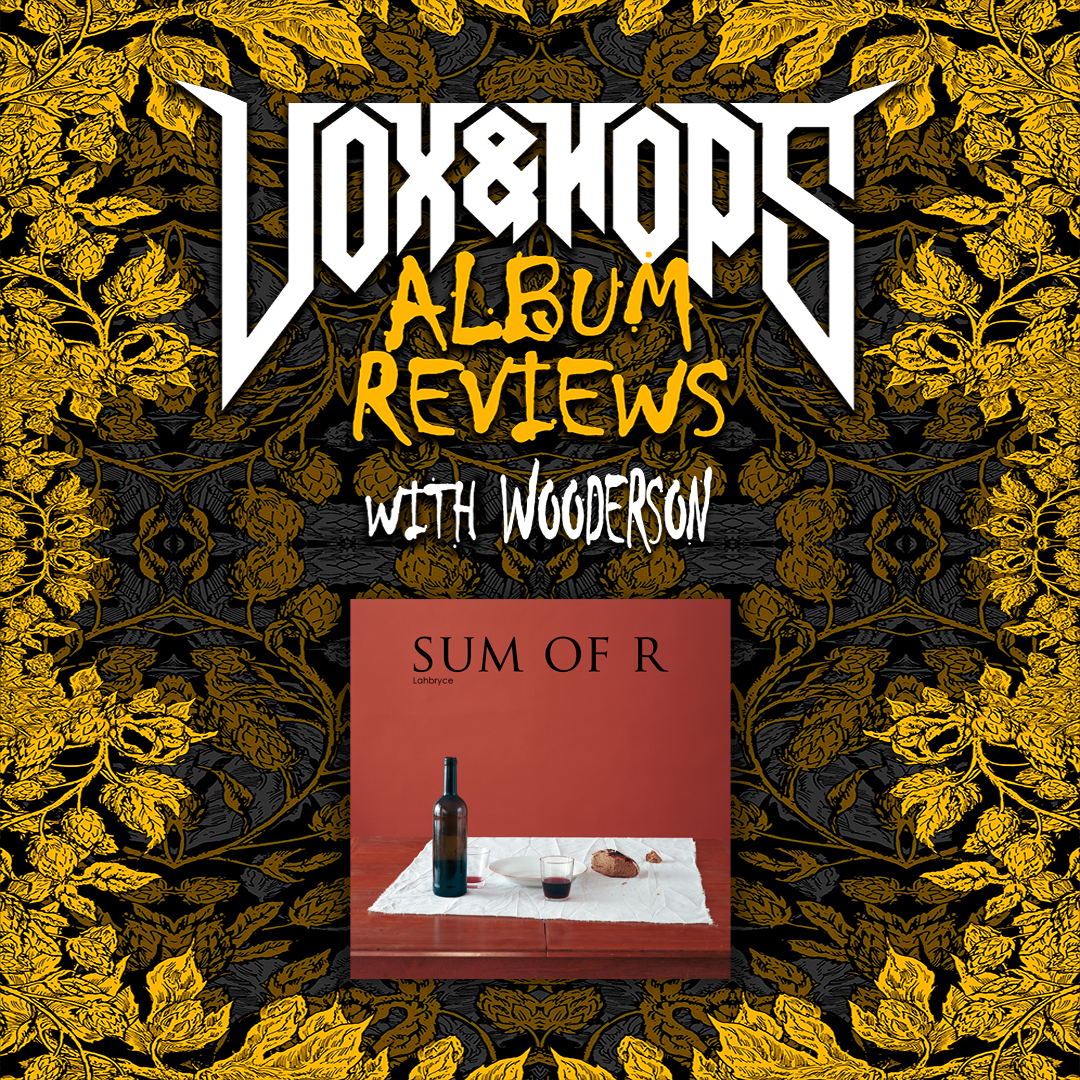 Since I wasn't overly familiar with Sum of R, I gave myself a bit of homework by diving into their earlier work before giving Lahbryce some serious attention. While any album could and should stand on its own, if I'm not acquainted with an artist, I like to check out the back catalog to hear the evolution or in some cases, devolution from album to album.

What began in 2008 as an ambient/drone project consisting of layers of textured sounds created by Reto Mäder, has gradually evolved into a full band over the years. And with that, I'd say that Lahbryce is their most cohesive effort to date. This isn't a knock against the previous albums in any way. I was intrigued with each release and it's fair to say those recordings require a decent amount of dedicated time for one to grasp and absorb. I'll be revisiting.

Joining Reto Mäder this time around is drummer Jukka Rämänen (Dark Buddha Rising, Waste of Space Orchestra) and vocalist, Marko Neuman (Convocation, Waste of Space Orchestra). It's fair to say that Marko's vocals have opened a new dimension for the Sum of R sound. His range and delivery is truly unique and his voice is a big part of why Lahbryce is as heavy as it is. In fact, I'd say that Sum of R has released not only their most metal album to date but also their most digestible. Don't take that to mean this is a run-of-the-mill metal album. Quite the opposite. While they have progressed over the years, the familiar hypnotic elements remain from years past to immerse the listener in waves of soundscapes. And with their trance-like rhythms and howling vocals, Sum of R has created a sound that captures elements of Oranssi Pazuzu, Yob, and Neurosis.

If you feel music has become stale, safe, and unimaginative, Lahbryce is your resolution.