Album Review - Suppression "The Sorrow of Soul Through Flesh" 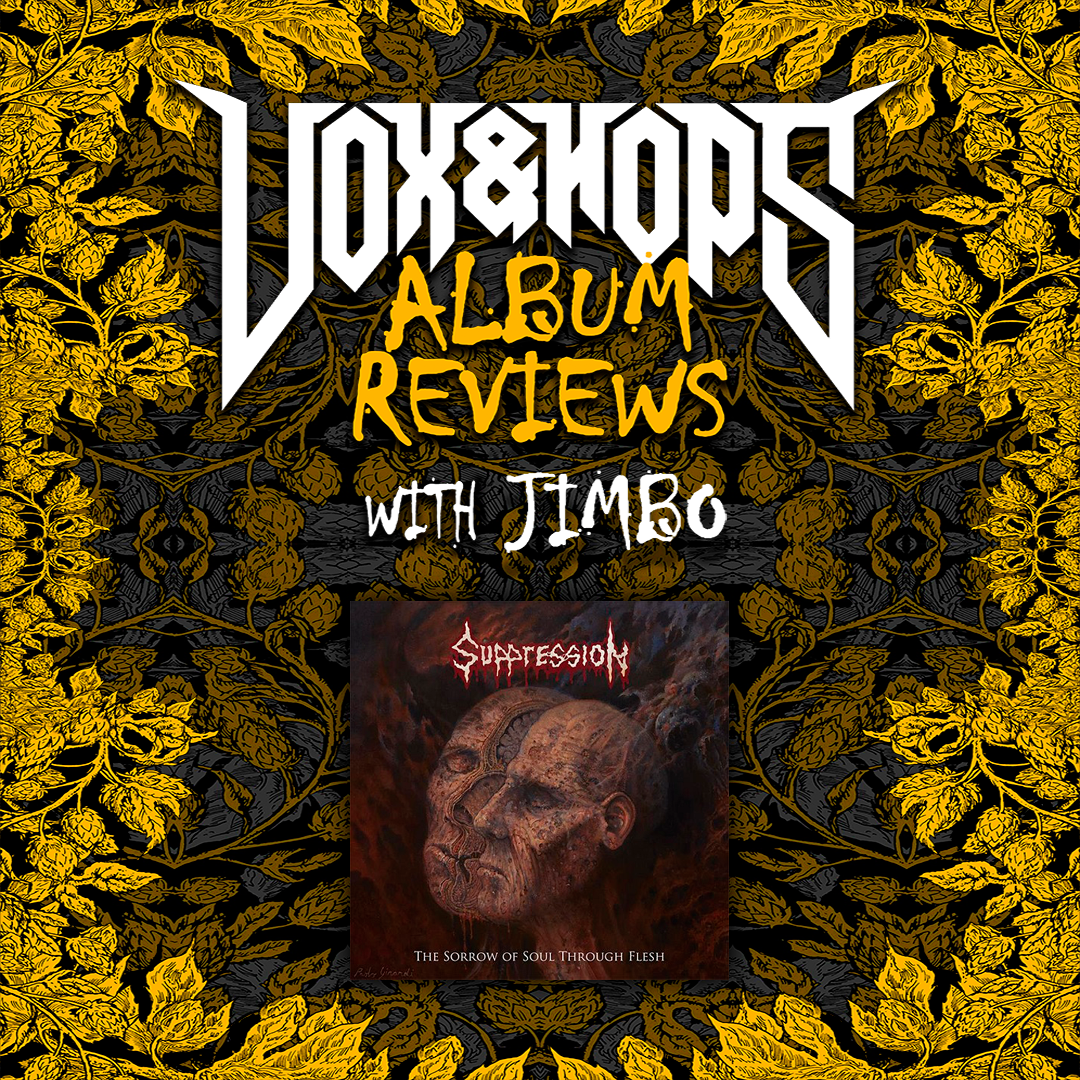 The new album from Chilean death metal band Suppression is a fantastic slab of old-school death metal. As a genre, OSDM seems a little over-saturated at the moment, and it’s hard for bands to stand out, but Suppression show that they can stand shoulder-to-shoulder with the greats. Sorrow of Soul Through Flesh has its feet firmly planted in the classic sound of the early 90s, mainly Dutch and North American technical death metal. It’s technically very accomplished, but without sounding overly flashy or polished. The production is perfect. Heavy, and just filthy enough to give it that old school sound while allowing the instruments to shine. The guitars are chunky with tonnes of groove, and are complimented by the prominent bass, reminiscent of classic Death albums and especially the first Gorguts album.  There’s always a risk with this kind of fretless bass that the music can veer into what I would call ‘angry jazz’ territory, but Suppression balance it perfectly and the end result is that the bass gives the album a fantastic energy. Vocally, Suppression go for an anguished howl that reminds me of Martin Van Drunen of Luc Lemay. From the opening track, Lifelessness, you can tell that you’re in for a good time. Musically, Suppression incorporate a lot of the thrash influence that was prominent in the late 80s/early 90s scene, punctuated with some great blasting and crushing slower passages. It’s a super high energy album, and you can tell that the band had a lot of fun putting this together. Looking at live footage of them online, you can see that they’re loving every second of it, and it really comes across sonically. My favourite tracks are probably Misunderstanding Reality, Extortion Behaviors and the aforementioned Lifelessness. One of the best death metal releases of the year thus far, pick this one up for sure!