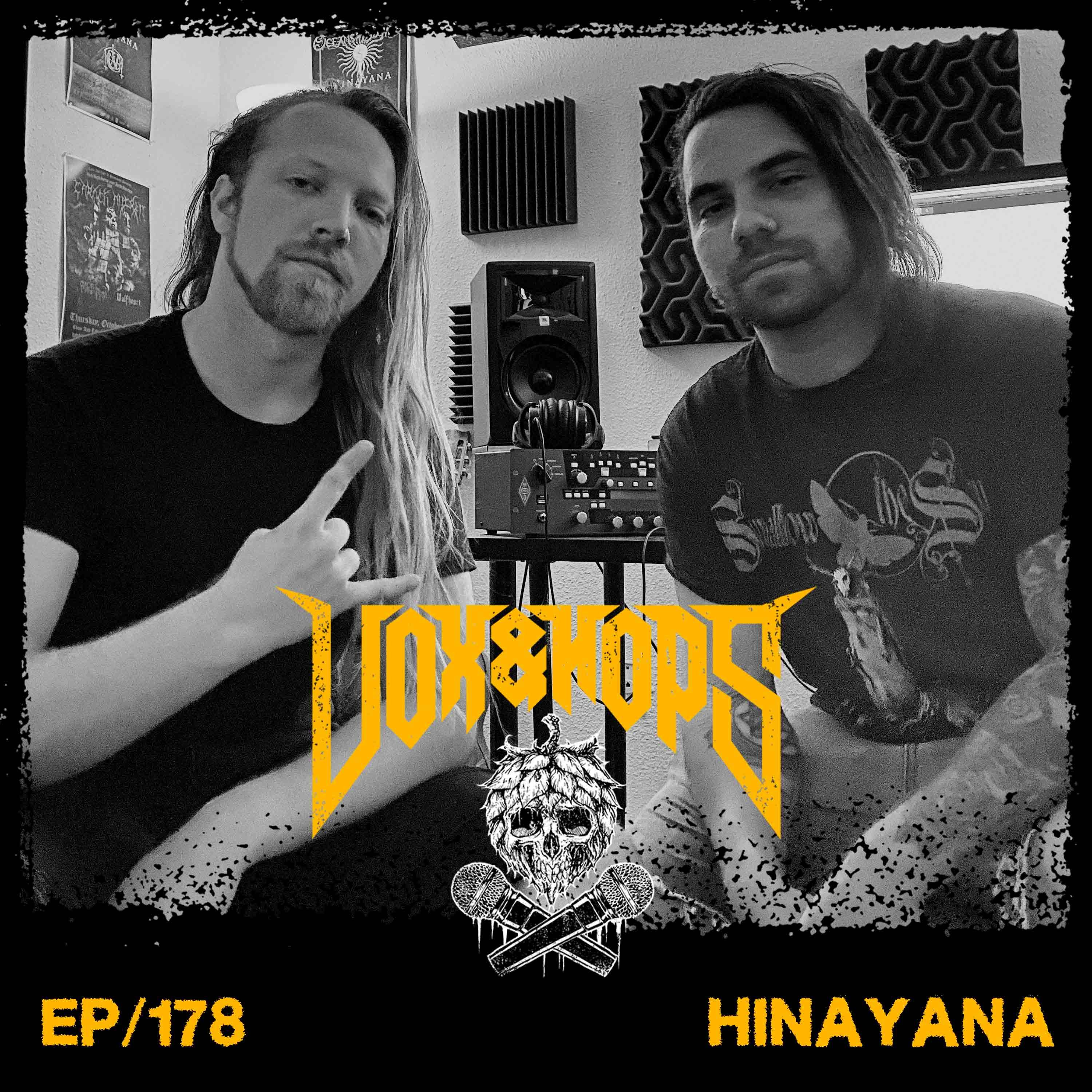 A conversation with Casey Hurd & Daniel Vieira the guitarist/vocalist & drummer of Hinayana.

A conversation about coping with 2020, the soundtrack of their youths, their first shows, turning a project into a band, the evolution of the band, signing with Napalm Records, a dream tour, a Hinayana Brew & their hangover cure.

Throughout this interview Casey was drinking New Belgium Brewing Co.'s "Voodoo Ranger Imperial IPA". This malty, bitter & hop forward brew clocked in at a wicked 9% ABV. Daniel was drinking a Lone Star Beer Mexican Style Lager. It was smooth, inoffensive & clean. It clocked in with a 4.65% ABV.

Matt was drinking Trailway Brewing Co.'s "Dunder". This hazy pale ale was hopped exclusively with Aussie hops. It was juicy, creamy & slightly tangy. It clocked in with a 4.8% ABV.